Interview on BTR by Michèle Meiche

Tks for all of what you do for humanity 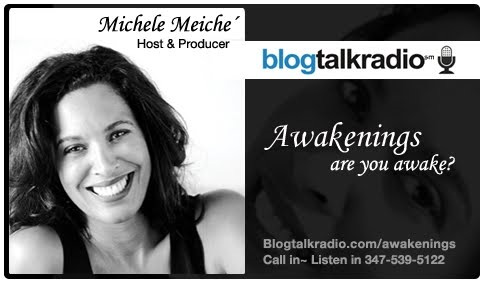 YogaPartout (pronounced: Parr Too) dot com: Yoga en français. An Afternoon with Daniel Gauthier from French Canada
Daniel Gauthier's official web site launch about Yoga (Yoga Partout means Yoga Everywhere)
Yogapartout.com is a collaborative CMS Groupware. It is a wiki plateform where everyone is welcomed to add their two cents.

AND, Daniel is a very poor in math and logic (one has to be true about himself and portray reality of the three worlds).

Images and things we can talk about

The use of Facebook other than chatting, playing and do a lot without accomplishing anything. See splash screen 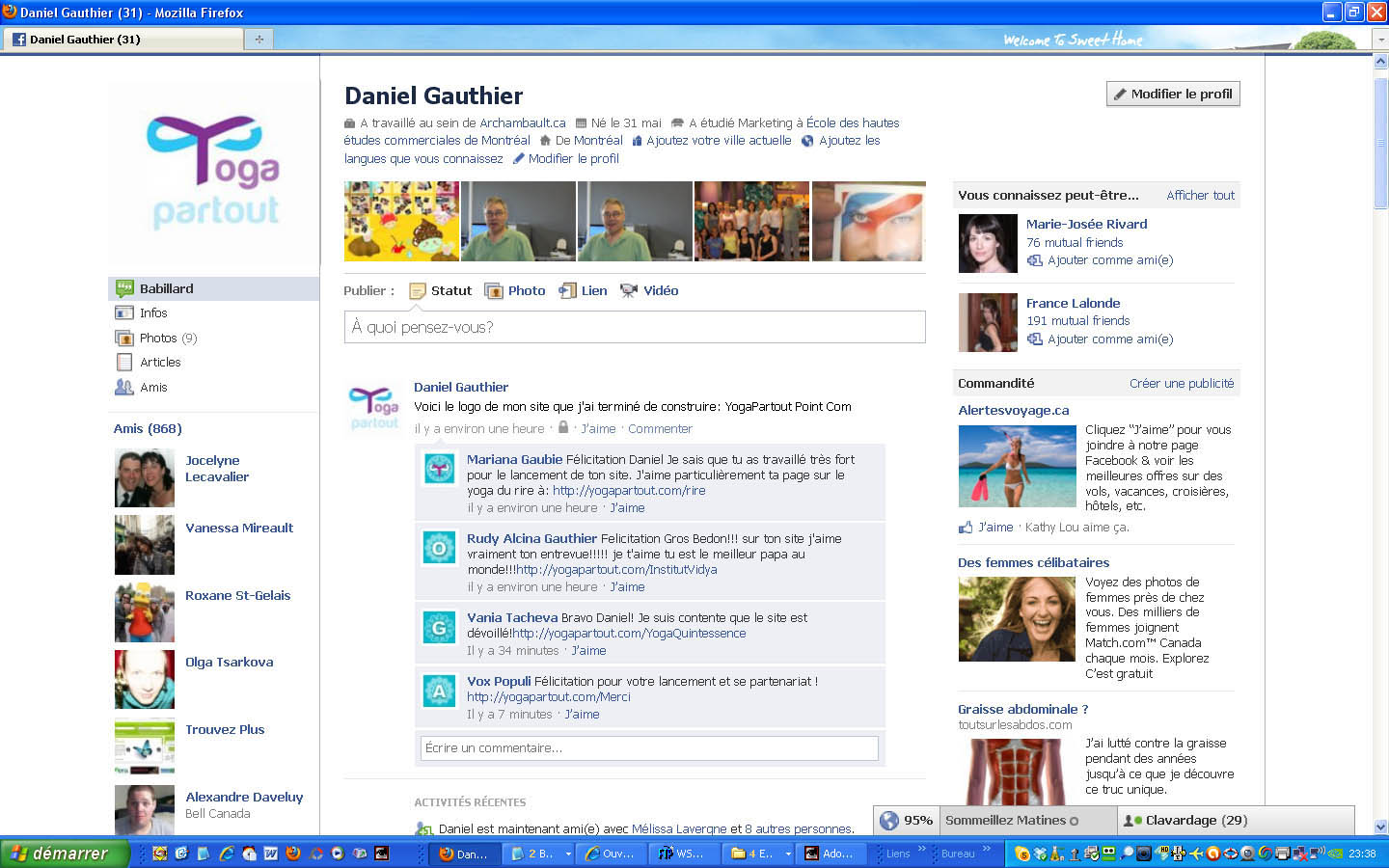 Symbolic example of an article I published


In my own opinion (IMOO): This page is a nice example of my writing

I maintain a newsletter for those who were interviewed on camera: Between me and those I met in person

How did it begin?

For BTR's interview purpose, it all began in 2008, when his mother passed away on July second. Daniel inherited his mother's trait of characters (not to be afraid any more... or almost). Daniel felt his calling: Coming out of the closet... in regards to spiritualily.

In truth, when did it really begin?

Daniel's spiritual path began early in age.
Here is his spiritual resume in French
Here is the BabelFish translation!

A film about Yoga

The day his mother passed on the other side is the same day that Daniel started to teach yoga. His first *Class*. He was not going to cancel the scheduled course, he was going to offer it to his mom.

Not quitting his full time job, he became more absorbed in creating a space where spirituality for him and others could grow further.
Then came about the idea of *not wishing any more anything* from that moment on.
Daniel wrote and meditated. After a lot of thinking... about his life about his so often failures to complete and make a real difference in the three worlds, Daniel came up with a re-newed mission for himself. To produce, to write, to make the film he was unable to do when he was younger. He wrote and published his film synopsis in May of 2009 (roughley translated. It's like a Desiderata for him. He wished it so much that it took shape and became the beginning of a web TV broadcast.

Then where is your next destination

Daniel's next destination is New Orleans at the Swan River Yoga Mid City studio. Daniel spoke over the telephone with them and he senses it is worth travelling all the way up to mid-USA from Montreal to go and meet and interview people out there.

Daniel's theory is that when Yogananda travelled from Boston (we have records of this, in writing) to California, he may have stopped and do a *short stay* in New Orleans (we have no records of this. This is an hypothesis).

Examples of a failed attempts

While progressing in doing this documentary, Daniel found a lot of closed doors and deception from people who said they would help.
The launch of his web site was reported three times.

(Question: Many people watched the clip and reported this: When Daniel greets the Swami into the room (Daniel is facing back the camera), Daniel goes with a: OOOF!. Many people have reported to feel a chill in their spine go up to Ajna cakra. Do you feel the same?)
OUTCOME of this failed exercise
Going to New Orleans as I found a yoga teacher who is willing to help me do continue searching for the origins of yoga. Then I'll be heading to the Yogananda Ashram in California.

Now that the web site is launched, what's next?

Daniel would like to invite Awakenings Radio's listener to play a game.

What is the *spiritual game* does Daniel wants to invite listeners to play?

Here it is one of the many synchronistic story Daniel has experienced since he came out of the closet.

Other notes for Daniel to remember

Well, one is never too prepared for a radio show. Yet, we prefer to rely on spirit and intuition

To all Awakenings radio listener
Michele, see the yoga interview (in english in the middle of the clip) and more specifically the "WOOFFF" I pronounce when that Swami enters the room. Afterward tell me if you feel something. I did, BIG time. This man was simply *glowing harmony*:
Here is the video clip

This video was the English interview I did in both French and English. You'll love it.

Let the child in you express itself :-)

Tks to Swami in Miami 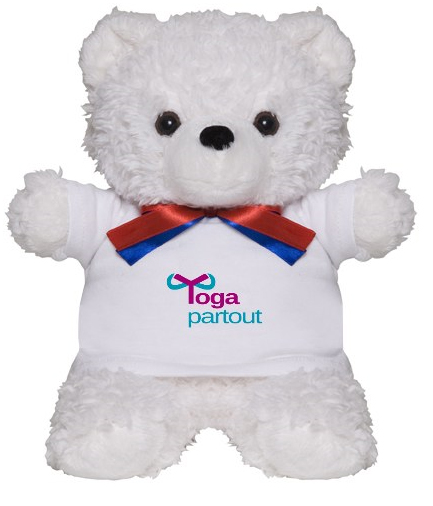 Not to worry about receiving too many newslettersThis is a Low traffic newsletter:-)